The European Parliament approves the “Farm to Fork” strategy

“Farm to Fork” is a strategy that aims to contribute to the accomplishment of the European Green Pact. Its objective is to transform the current model of the primary sector in order to implement a more sustainable production system, maintaining and improving the food safety levels.

Therefore, From the Stable to the Table seeks that safe and fresh food is available for all customers, and that at the same time reduces greenhouse gases. Other objectives of this strategy are:

The European Parliament (EP) approves the “Farm to Fork” strategy

This Tuesday, October 19, the European Parliament approved the strategy and proposed a series of new measures.

“Ensuring the availability of food at reasonable prices must remain a priority.” Herbert Dorfmann, Rapporteur for the Committee on Agriculture and Rural Development

The deputies supported this decision with 452 photos in favor, 170 against, and 76 abstentions. As stated by the institution in a statement, “Parliament welcomes the Farm-to-Fork strategy and underlines the importance of producing sustainable and healthy food to achieve the objectives of the European Green Deal, including climate, biodiversity, pollution. zero and public health ”.

However, it was also brought up a probable omission of information on the possible negative impact of some proposals (you can read more information in this article). Based on this, the approved resolution requires that the legislative proposals in which it is embodied be preceded by a corresponding prior impact report.

“We know that changes must be made and the animal health industry is ready to play a role in supporting farmers with innovative tools and best practices for a more comprehensive animal health management,” they have highlighted from the association in a release. 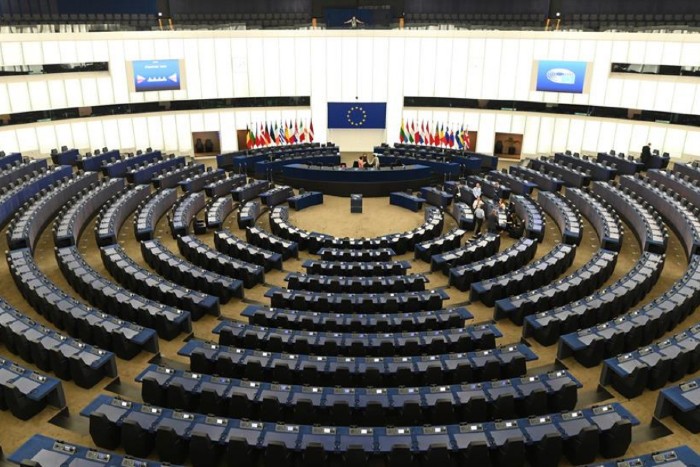 During the plenary session, it was highlighted the role that plays all those involved in the food supply chain, from the farmer to the consumer. “From Farm to Fork” has as one of its objectives to ensure a fair income for professionals in the primary sector. Therefore, it is necessary to redouble efforts and take measures to strengthen their position, competence, and quality of life.

Front-of-pack nutrition labelling: It was suggested the use of a simplified nutritional label (e.g., using a colour-code) to help consumers choose healthier foods. EU lawmakers want such labels to be mandatory and stressed that any exemptions should be science-based.

On animal welfare, it was discussed the need to establish common, science-based animal welfare indicators for further harmonization across the European Union (EU). In addition, the gradual end of the use of cages in animal husbandry in the EU, as well as the prohibition of products of animal origin that come from non-EU countries whose rules are not parallel with this measure.

The EP proposed an increase in the organic agricultural area so that by 2030 it represents 25% of the total area.

Improvements in the pesticide approval process and better control of their application were also discussed, as well as binding targets to reduce their use. A reduction of at least 20% was proposed and, for phytosanitary products, by 50%.

It was also proposed for this period to have cut the sale of antibiotics for farm animals and aquaculture by 50%.